I can’t count the number of times I’ve had the discussion with friends, colleagues, students, or clients about issuing, selling, or optioning shares of a small private company to key employees and creating a new class of minority shareholder.

If the company is destined for great things...
a likely IPO/RTO or strategic purchase by another firm, and there's a clear path and intent to a liquidity event within no more than 5 years, then ok, sure. But if you're just trying to build a good solid business for the long term, don't do it!
You'll save yourself a mountain of future headaches, and your employee some grief as you'll spare them the sad reality of what being a minority shareholder in a small private company really means. 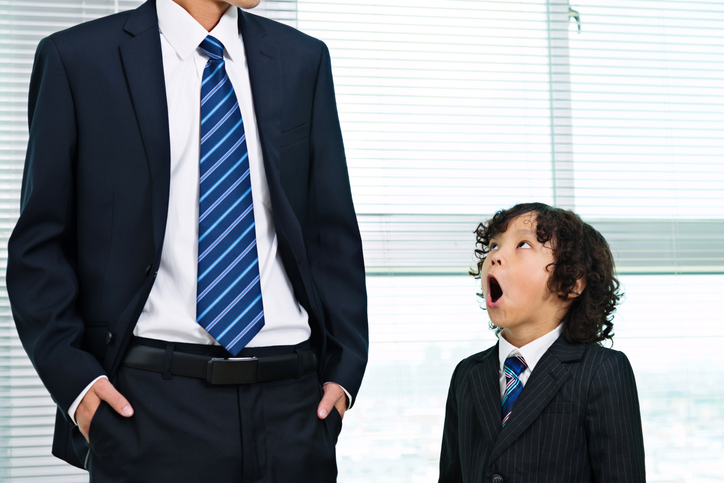 For the purposes of this discussion, I’m going to relay a real situation from about 15 years ago when I was growing mmWave Technologies with my brother. To protect the guilty, I will just call this person “Dave”. Dave was a key player in our company, holding the title of VP of Sales and the responsibility for a significant portion of our overall business. Dave was also the kind of person who was obsessed with what other people had.

[Sidenote: We were out for a nice dinner; just us two. I told him that a salesperson at one of our suppliers had just received a $400K bonus. He literally squeezed his wine glass so hard that he broke it, spilling red wine over the table. Dave was really high-strung and cared a lot about what others got!]

So it was inevitable that he would come looking for “a piece of the rock”. At the time of our discussion, he wanted to buy 5% of the company which would have resulted in four shareholders, three of which owned the other 95% equally. The following is the discussion – more or less – that we had over this, as I tried to talk him out of the idea of being a minority shareholder.

Ok, so you’d like to get a piece of the rock, eh?! (Become a Minority Shareholder)

Let’s talk about why. There are practical and emotional or ego-driven reasons. I can’t deal with the latter. In terms of practical reasons, there are really three reasons that you’d want to own shares in a company of mine, and I will address each one.

First, you’re already a VP, and the highest paid non-owner in the company. We talk every day about key issues and you’re as consulted as any of the owners ALREADY on key day-to-day issues. As a 5% shareholder, you’d theoretically have 5% “say” on a handful of things, which as a practical matter is about equivalent to ZERO percent say. You can’t even influence a vote or combine your, uh, power (?), with another shareholder because 5% on top of 31.7% doesn’t amount to diddly.

Even if it did, what would you get “say” over?

Well, under the Canada Business Corporations Act, you get to decide a few things. First, you get to pick the auditor, except we don’t do an audit, so that’s meaningless. You also get to vote on the directors of the company and any other really big decisions. So as a practical matter, you’ve already got the exact amount of influence over this company that you’re going to get, and you didn’t need to buy shares to get it!

2. You want to participate in profits each year.

Ok, so I assume you mean “dividends” since you already take part in the management bonus program and the profit sharing program. Since we started the company in 1991, the grand total of all dividends ever paid by this company is (drum roll please), ZERO! It’s not tax efficient for us to declare and pay dividends, so we never do. There’s no benefit for you here.

3. You want to cash in when the company gets sold.

Well the problem is, Davey, we aren’t planning on selling any time soon, so I’d hate to see you invest your money and then have to wait years or decades to see any return.

However just in case, since this is the only real point you’ve made so far, how about we set up a phantom share plan for you and a few other key managers, so we can share the spoils if we ever do sell? It gives you all the benefits of owning shares without having to make any investment.

And the truth is, that’s the best option for situations like this. A Phantom Share Plan allows you to tailor exactly how you will compensate senior people as the company grows, pays dividends, or gets sold. It costs employees nothing, is a lot easier to set up than an Employee Share Ownership Plan, and eliminates all the issues that come with minority shareholders like what do you do if they quit or get fired, and how much to charge them for the shares (if you say you’re going to give them away I will take you off my LinkedIn!).

It’s obviously something you need to consult with your legal advisors on, but a great alternative to creating a bunch of small, minority shareholders. If you need help with this, reach out.

I should loop back to the case for those who DO plan to have an exit or liquidity event. In that case you do NOT want a phantom share plan. Rather you should have either an Employee Share Ownership Plan that allows all of your employees to buy shares, or an Option Plan that provides options to some or all employees.

Oh… and what did Dave say to our suggestion that we give him part of the company when and if we sold it?