You probably get a little nervous before you go into a job interview. Even if you’ve copiously prepped, you figure the interviewer will hold all the cards. She knows everything about her company and the job you want, and she’s got a vision of the perfect employee that doesn’t exactly describe you. 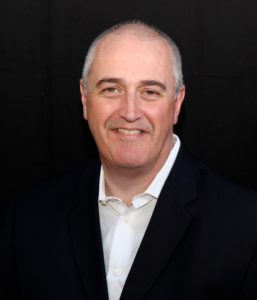 Not so, says David Couper, a Los Angeles career and executive coach and the author of Outsiders on the Inside: How to Create a Winning Career … Even When You Don’t Fit In. In reality, most interviewers are ill-prepared and distracted, he says. “They usually just wing it based on their own experience.”

Before he became a consultant and coach, Couper worked in human resources and training at several big companies in Chicago and Los Angeles, including the now-defunct consulting giant Arthur Andersen. He has sat in the interviewer’s chair many times.

At one interview of a potential sales staffer, Couper was called in at the last minute because another human resources manager had canceled and three bodies were required at the interview table. “I hadn’t seen the applicant’s résumé,” he recalls. “I didn’t even know what the job was.”

Another time Couper was in the job seeker’s chair, and he thought the hiring manager seemed a little strange–especially when he said, “I see you got your degree in Cleveland.” Couper realized the interviewer was looking at someone else’s résumé.

Even when they know who you are, interviewers rarely ask good questions, says Couper. The most frequent–tell me about yourself–is among the silliest, he points out, because it’s too general. “Interviewers are looking for someone who can do the job, fit in with the culture, and not cause trouble,” he says. “If you can demonstrate that you can do that, you will get the job.” His advice: Don’t tell the interviewer about yourself. Talk about what you would accomplish in the position you want, and specify ways your past successes illustrate that.

Interviewers feel obligated to offer job seekers refreshment, but Couper says they don’t really want you to say yes to that cup of coffee. Couper recalls an interviewee accepting his offer of a cup of tea. “I had to find a cup, I had to find some tea, I wasted, like, half an hour, and got really annoyed,” he recalls. “Unless there’s a bottle of water sitting there and they offer it, just say, ‘No thanks, I’m fine.’”

Most career manuals advise job seekers to make their answers succinct. Couper says this is not necessarily a winning strategy. Because most interviewers haven’t thought about what to ask you, you can make a favorable impression by going on for awhile with convincing reasons you’d make a great hire. “If you’re giving information that’s hitting what they need to know, then they’re happy,” Couper says.

Perhaps the biggest interview myth, according to Couper, is that the most qualified applicant gets the job. Frequently, it’s the applicant who comes recommended from an inside source or a personal connection, like when the boss’s brother-in-law gets the job whether or not he’s the smartest or most accomplished candidate. The final hiring determination can also come down to personality rather than qualifications.

Couper recalls a time he had to hire actors to perform in training videos for a large corporation where he worked. He says he often didn’t hire the most skilled applicants. “There were actors who did a great job performing, but you could tell they would be difficult people,” he says. “You say to yourself, he seems really talented, but I’ll have to socialize with him.” Couper says he often went for a less talented but friendlier candidate.