Fear of increased teen Cannabis Use is not backed by Data!

The Federal Government’s #1 stated objective for the Cannabis Act (C45) is reduction of use by young people, yet one of the most often heard arguments against cannabis legalization in Canada is that teen cannabis use will increase as a result of more and more convenient access points. What gives? 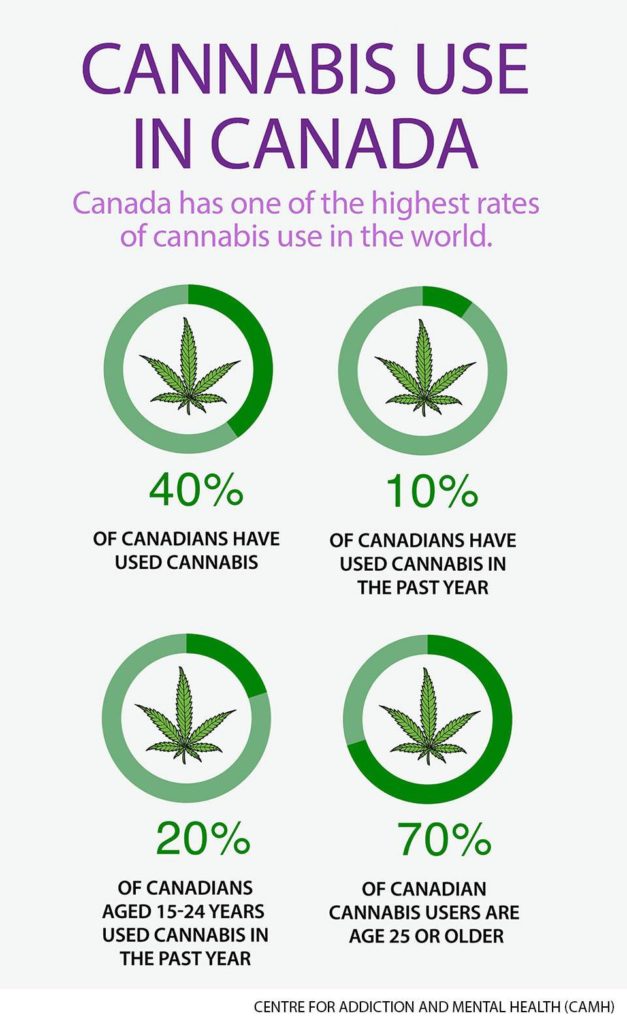 The argument that making cannabis either legal or more available leads to increased use is just plain wrong. The Netherlands (where Cannabis is legal in some forms) and Portugal (where use is totally decriminalized) both have lower consumption rates than North America. Prohibition doesn’t work. Education is the best means of ensuring that abuse is reduced.

Teen Cannabis use in Canada is already among the highest, if not in fact the highest, on the planet. Canadian youth currently access cannabis through a very sophisticated and capable illicit market. A 2013 Unicef study showed that for the group aged 11-15 Canada indeed had the highest per capita consumption and other studies regularly show Canada at or near the top globally in terms of consumption across all populations.

What happened with Teen Cannabis Use elsewhere? 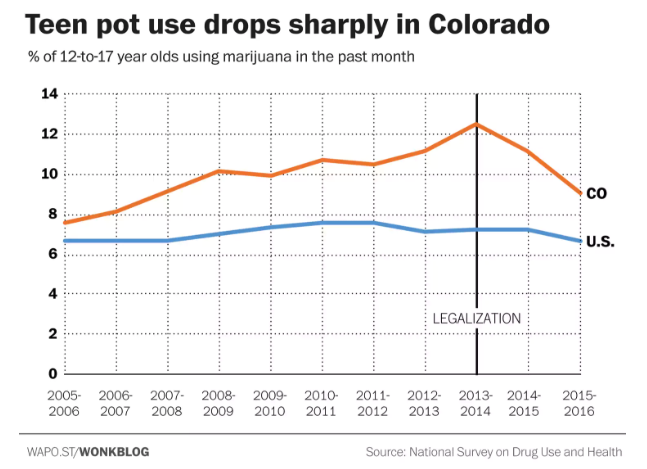 youth go down – most notably in Colorado and Washington, which introduced legal cannabis in January of 2013. The National Survey on Drug Use and Health shows that in both states there was a temporary spike in use by those 12-17, followed by a rapid drop off and usage rates that settled below the legalization levels. In fact the current levels of use by that group in Colorado is only half of that in Canada!

Many experts foresee the decrease in teen marijuana use as a combined result of less black market activity and more serious vetting of underage users. “Teen use appears to be dropping now that state and local authorities are overseeing the production and sale of marijuana,” said attorney Brian Vicente of Vicente, who assisted in drafting Colorado’s marijuana ballot measure, in a statement to Marijuana Moment. “There are serious penalties for selling to minors, and regulated cannabis businesses are being vigilant in checking IDs.” [Source:TheObserver.com]

Regulation works. We have empirical evidence from both states in the U.S. where a legalized and regulated regime is in place, and from Portugal where they have simply decriminalized but don’t have a retail system in place, that ending prohibition has many consequences, but increased teen cannabis use is not one of them.