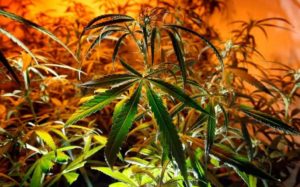 The local weed guy likely has about 2 years before they need to either go legit or seriously consider a career change.

Yes. Don’t look for any kind of wide-ranging retail access to cannabis for non-medical users much before the end of 2018. It’s simple math.

Despite a very promising report from the Canadian Task Force on Cannabis Legalization and Regulation, those activists, dispensary owners and other proponents who voted for Justin Trudeau largely based on his promise to “legalize, regulate, and restrict access to marijuana” likely will be disappointed with the timeline for rollout of his vision. It’s largely a practical matter but recreational cannabis in Canada will not be a reality for some time.

The division of powers between the federal government and the provinces means that both levels must come to several decisions affecting the nitty-gritty of any legalization initiative. This will make the establishment of this industry even more complicated than in the most common comparison jurisdictions, Colorado & Washington, where the federal government has no role to play. Voters in both states approved adult-use cannabis initiatives in 2012 in each case calling for a January 2014 start date. However these states were operating in the legal limbo that is American drug laws, as their federal government takes somewhat of a hear-no-evil, see-no-evil approach to legally operating cannabis businesses. There is little to do to satisfy the federal government south of the 49th parallel, however in Canada, the federal government on top of their oversight in all things criminal will regulate the cultivation of cannabis and has the ability to set other standards further downstream in the supply chain. They’ll approve any medicinal claims (Health Canada) producers make about efficacy, and continue to oversee the medical cannabis program, at least for the time being.

The Provinces and Territories will regulate the distribution of recreational cannabis in Canada, and one hopes they’re currently scrambling in the background to establish the rules and regulatory infrastructure for a post-legalization world. However they’re doing so partially blinded and until the federal government introduces the actual legislation, promised in spring 2017, they can only go so far. It’s unlikely that any bill would pass before autumn of 2017, triggering the need at that point for the provinces to pass some of their own legislation and regulations. Put simply, in about a year Canadians likely will be where Colorado was in November 2012, and simply bolting their timeline on to the Canadian reality suggests a start date of January 1, 2019 for the opening of retail operations. This isn’t even really unambitious if you consider the amount of work to do and keep in mind that there’s no imperative here. It’s possible the federal government will give the provinces even longer to implement.

Prime Minister Justin Trudeau has a huge incentive to rag the puck here. As long as he shows some movement on this file (he has a task report to show for his first year in office), then those who supported him in 2015 will likely continue to do so in the election of 2019. By delaying as long and as much of the palpable implementation — the retail storefronts envisioned in the report — he’s less likely to stir up the 36% of voters who don’t support legalization. If the timeline suggested here plays out, there will be some but only preliminary evidence of how well the system is or isn’t working come election day.

Then there’s the inevitable unforeseen delays. Massachusetts just delayed implementation of their rollout by six months and those delays could easily appear here given the complexity need to sort out federal, provincial and municipal regulations.

So who wins and who loses?

This is likely to be a boon for the current licensed producers in the medical system, as it gives them more time to ramp up capacity and solidify sales channels. Given Trudeau’s open support for recent crackdowns on illegal dispensaries, this is not great news for those who hope to transition from the grey market to a totally legal one.

What is not in doubt is that when the market is opened up, this is an industry that will be exciting to both watch and to be a part of.